by Michael Khan
in Battery
0 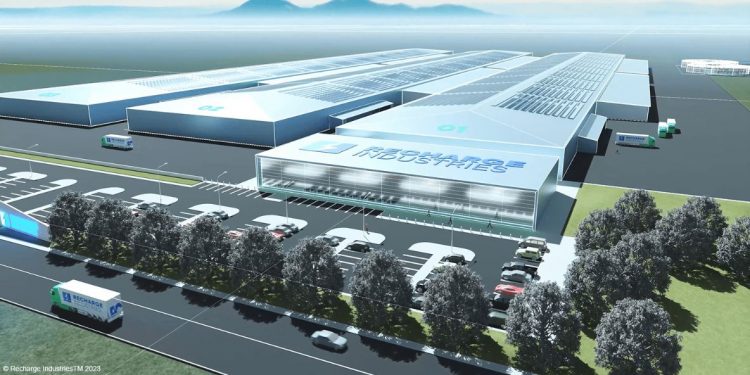 Recharge Industries, a US-Australian company, has chosen Accenture as its engineering services provider to construct a large lithium-ion battery cell factory in Australia. The factory, located in Geelong, Victoria, will have an annual capacity of 30 GWh and will produce batteries for electric vehicles and stationary energy storage.

Construction is set to begin in H2 2023, and the company aims to produce 2 GWh of battery cells by H2 2024 and 6 GWh annually by 2026. Recharge Industries has already secured equipment for the first 2 GWh production line and financing with binding purchase agreements, and the equipment is expected to arrive in Australia by May 2023. The company’s technology partner, Charge CCCV (C4V), will also play a role in the development of the factory.

It is unclear from Recharge Industries and Accenture’s communications when the planned 30 GWh will be reached. However, it is known that when fully operational, the plant is expected to employ 1,500 to 2,000 people. The ambiguity in the long-term statements may be due to the fact that both companies are only now entering the “detailed engineering phase” following their agreement in January, which is necessary for the construction of the plant.

Accenture will advise on plant layout, utility planning, and production line set-up, among other things, and will also assist in procuring and shipping equipment, conduct final testing on the facility, and provide ongoing support to improve battery production. The planned start of production is in 2024.

“Establishing a sovereign manufacturing capability to produce state-of-the-art lithium-ion battery cells is critical to Australia’s renewable energy economy – meeting national demand, generating export income and securing supply chains,” says Recharge Industries CEO Rob Fitzpatrick. “Our factory, which we are building with the assistance of Accenture’s engineering and capital projects expertise and underpinned by C4V’s IP and battery technology, will create thousands of jobs and attract large-scale investment from key players in Australia, the Indo-Pacific region, and other parts of the world.”