by Shaun Williams
in Formula E, Sport
Reading Time: 1 min read
A A
0 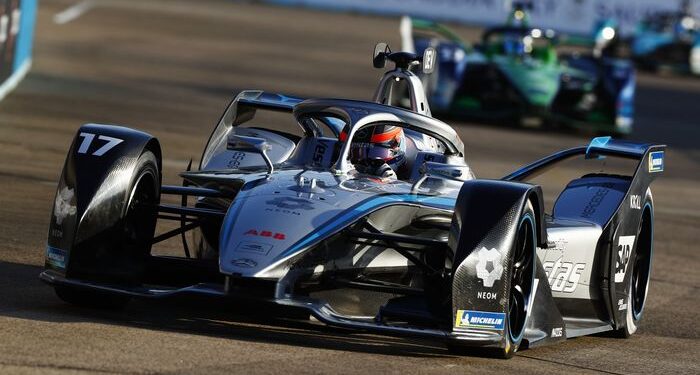 Nyck de Vries was accompanied by Edoardo Mortara (Venturi) and his own teammate Stoffel Vandoorne on the podium in the second race of the 2022 German Formula E.

The Dutch driver arguably led the course of the second German Formula E race since the first lap.

De Vries ‘stealed’ the racing leadership from Mortara as the pole position holder after an overtake that took him from third to first at the first corner of the Tempelhof circuit, Berlin.

Since the overtake, De Vries has not been overtaken by his rivals, including Mortara, who finally finished second in the eighth series of the electric car racing world championship.

He SENDS IT down the inside of @LucasdiGrassi 🚀

De Vries’ team mate Vandoorne once again struggled to stand third on the podium in the second race of German Formula E 2022.

Starting from seventh position, Vandoorne was caught in the middle of a fight before finally starting to push up in the second half of the race.

Vandoorne also had to work hard to get past Lucas Di Grassi (Venturi) in the final minutes of the race, who eventually finished fourth.

Robin Frijns (Envision) had to settle for finishing in fifth position after starting the race from third position. Frijns had slumped to the middle board due to failing to activate Attack Mode perfectly.