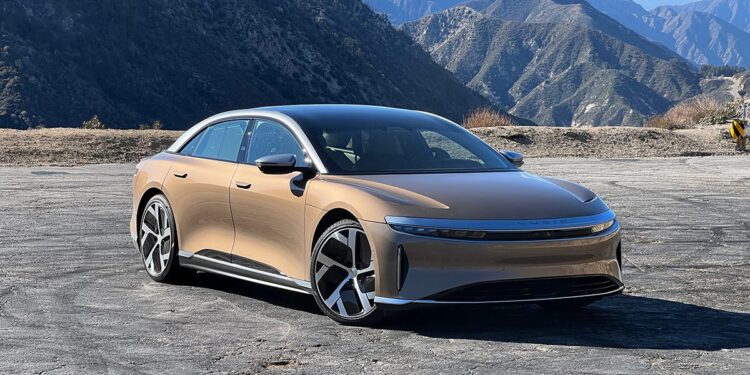 Lucid has just announced that it has signed an agreement with the government of Saudi Arabia for the purchase of up to 100,000 electric vehicles over the next 10 years.

Under the agreement, the Saudi Arabian government committed to purchase 50,000 electric vehicles from Lucid, with the option to purchase an additional 50,000 vehicles over a ten-year period.

Following the announcement, Lucid’s stock was up 5.4 percent in extended trading. Saudi Arabia holds a 61 percent stake in Lucid, making it the largest shareholder of the California-based electric vehicle manufacturer.

Lucid currently manufactures its vehicles at a factory in Arizona. Lucid plans to build its first overseas factory in Saudi Arabia later this year. They target the production of up to 150,000 vehicles per year.

“The vehicles purchased by the Saudi government are expected to come from both factories,” Lucid said.

A Lucid spokesman said the company had not offered any discounts on any vehicles under the agreement.

The company began shipping its $169,000 Lucid Air premium sedan in the United States in October, and said it will ship it to Canadian customers starting this spring.

Tesla Model 3 Modified Simple, Change the Setup of the Legs to Be Good at Cornering