by Christopher Harrison
in Hyundai, News
0 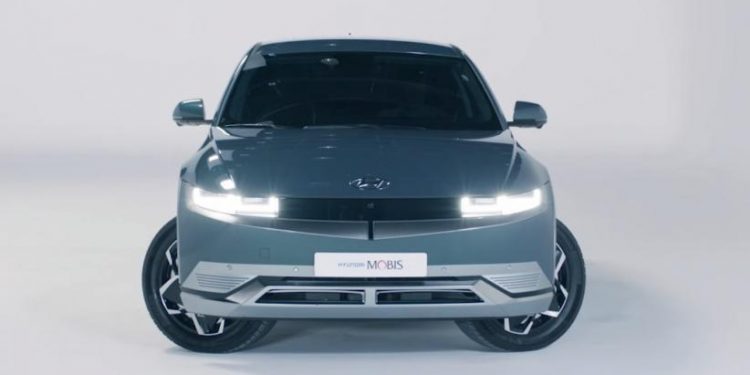 Hyundai Mobis, the division of the Korean car brand responsible for spare parts and autonomous driving technology, showcased a revolutionary in-wheel module at the 2023 Consumer Electronics Show (CES) in Las Vegas. The module, called e-Corner, is designed to be fitted on a wide range of plug-in vehicles and contains an electric motor, electric damper, brake by wire, and steer by wire, making it a compact and convenient solution for engineers.

At the CES, the e-Corner module was demonstrated on a prototype Ioniq 5 electric vehicle, where it was fitted on all four corners of the car. The demonstration showcased the car’s ability to rotate its wheels 90 degrees in the same direction, making it easier to enter and exit a parallel parking space. The e-Corner system also allows the car to spin 360 degrees by rotating its wheels at an angle of roughly 45 degrees, making it possible to perform zero-turns seamlessly and quickly.

The concept of e-Corner was first introduced in 2018, but the demonstration on the Ioniq 5 prototype showed how much progress Hyundai Mobis has made in this technology over the past few years.

Furthermore, the e-Corner system can also drive diagonally, similar to the GMC Hummer EV, as well as a pivot feature which allows the rear wheels to rotate 90 degrees, giving the vehicle the ability to move like a forklift.

Hyundai Mobis has not yet provided additional information about the e-Corner module, however, it’s obvious that it has significant potential to streamline the assembly process of an electric vehicle and provide added maneuverability for drivers.