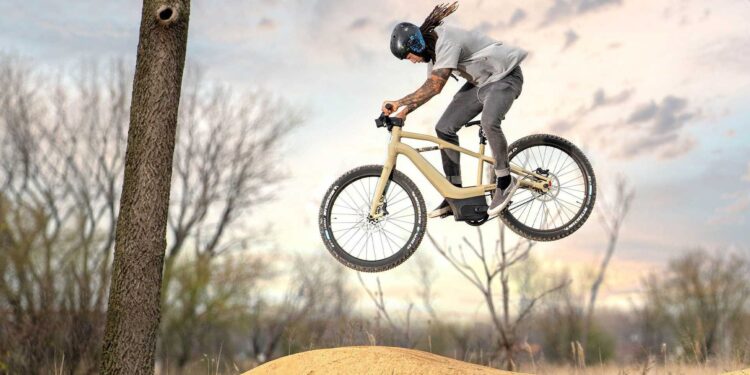 Motorcycle manufacturer from the United States, Harley-Davidson has launched an electric mountain bike, the Serial 1 BASH/MTB.

Previously, in August 2021, the manufacturer introduced the MOSH/CTY and RUSH/CTY models for urban and commuter drivers. To complete the variant, now comes BASH/MTB.

The BASH/MTB frame is the same as the MOSH/CTY but with the SR Suntour NCX 50mm seat post. However, this bike is not equipped with front and rear suspension. The spoke rims are wrapped in Michelin E-Wild tires, so this e-bike can only do light off-roading.

With no suspension at both ends, this e-MTB rating is more towards a gravel or cyclocross bike. Even so, the manufacturer claims the Serial 1 has toughness and is not fussy.

“No fussy suspension to tune, no complicated drivetrain. Only two wheels, and one gear. Our main goal is to provide the most direct connection between the rider and the track to be ridden,” said Harley-Davidson.

The BASH/MTB is equipped with a Brose electric motor that can reach a maximum speed of 20 mph or 32 kph. The electric motor is powered by a 529 Wh battery capable of covering a distance of 30 to 95 miles (about 48 to 153 km) on a single charge.

Once the battery is depleted, the BASH/MTB can be recharged in under five hours and to 75 percent in 2.5 hours. To stop the bike, there are four-piston hydraulic disc brakes along with 203mm rotors.

Harley-Davidson plans to produce around 1,050 units of BASH/MTB only. 525 units of which will be marketed in the land of Uncle Sam. Talking about the price, this electric bike is priced at around USD 3,999