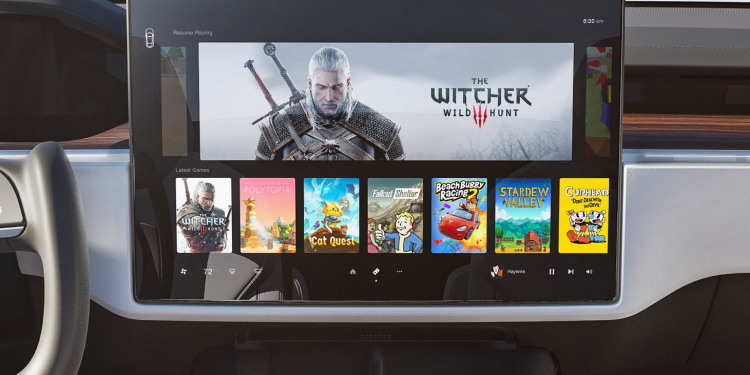 Elon Musk via tweet said significant progress in the integration of Steam into ‘Tesla Arcade’ and will provide demonstrations in the next few months.

The plan to integrate Steam’s video game library into ‘Tesla Arcade’ was actually revealed by Elon Musk earlier this year. This integration allows Tesla owners to stream the latest video games directly to their vehicles.

With this integration, Tesla won’t have to port individual games, which would require more development time and effort.

And it looks like the Tesla team has made significant progress in integrating Steam into “Tesla Arcade”. According to Musk, they may be able to give a demonstration of the new service next month.

Steam integration opportunities into the first “Tesla Arcade” were made possible when the company began delivering the Model S Plaid in June 2021. At the launch event, there was a vehicle featuring the ability to run the video game Cyberpunk 2077, one of the more popular games on the streaming service.

The ability to run Cyberpunk 2077 video games is made possible by utilizing the all-new AMD Ryzen processor in the electric sedan. The new processor enables up to 10 teraflops of processing power, which can compete with the latest home gaming consoles like the PS5.

Tesla has since added AMD Ryzen to their lineup, meaning only owners are allowed to use the Steam game library.

You can see a comparison of the specifications of your home game console with “Tesla Arcade” in the following chart: