by David Smith
in MotoE
0 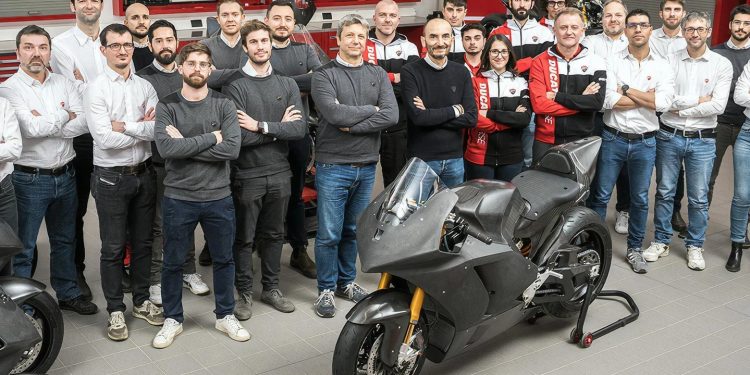 The 2023 MotoE championship is quickly approaching and production of Ducati’s V21L prototype electric bikes has begun in earnest. Only 23 of these machines will be crafted, with 18 set to line up on the grid and an additional five serving as spares. These bikes are expected to be ready for use by mid-February, 2023.

The V21L prototype boasts a peak power of 110 kilowatts, or approximately 150 horsepower, and 103 pound-feet of torque. The bike’s weight is substantial, weighing in at 225 kilograms, with over half of that being the 18 kilowatt-hour battery.

As with any Ducati race bike, the V21L comes equipped with top-of-the-line components for optimal handling and braking. It features an Öhlins NPX 25/30 upside-down front fork, an Öhlins TTX36 fully-adjustable rear shock and steering damper, and specialized Brembo brakes designed to enhance cooling.

“The start of production of the Ducati MotoE is a historic moment for our company, which with this project is thoroughly studying the technologies of the future for the world of motorcycling,” Ducati CEO Claudio Domenicali offered in a statement.

“It is an important area of experimentation, in which we are investing to build know-how, so that we will be ready when battery technology should allow the creation of an exciting electric road bike with the weight, performance and range that enthusiasts expect from a Ducati. We are therefore embarking on this new adventure with the aim of developing the people and skills within the company to shape what the character of a future Ducati electric road bike might be,” he continued.

“The MotoE project represents a decisive step for Ducati to contribute to the reduction of CO2 emissions on the product side, alongside research into synthetic fuels (efuel) that can reduce the total CO2 emissions of internal combustion engines to zero. Environmental sustainability is something that all individuals and all companies must consider a priority if the delicate balance of the planet is to be preserved. Ducati is committed to this also at industrial level, and the construction of the new Finitura e Delibera Estetica area classified as Nearly Zero Energy Building is just the latest example,” Domenicali concluded.

The 2023 MotoE World Championship is set to make its debut at the French Grand Prix on May 13th, with a total of eight Grand Prix races on the calendar. The races will take place on Saturdays, with two races per weekend. After the French debut, the MotoE World Championship will be featured at all European races until the Misano GP, including Mugello on June 11th, Sachsenring on the following weekend, and Assen on June 25th.

Following a summer break, the Ducati MotoE bikes will return to the track at Silverstone on August 5th, before competing in the final three Grand Prix at the Red Bull Ring on August 20th, Catalunya on September 2nd, and Misano on September 10th. 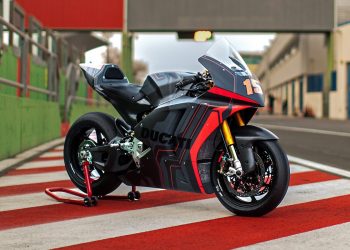 Ducati officially showcased the V21L racing bike that will be used for the MotoE 2023 championship at an exclusive event... 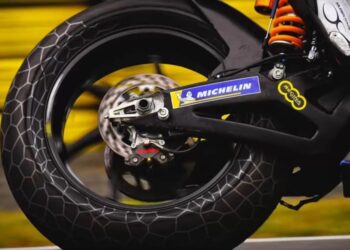 The MotoE electric motorcycle racing event is proof that environmentally friendly motorcycles can also compete quickly. In addition, this event... 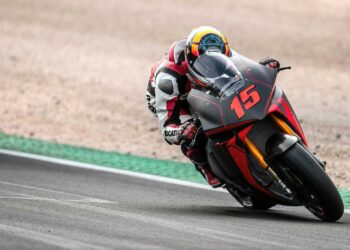 Ducati has shared the latest images of the first electric prototype engine that will be supplied as the official MotoE... 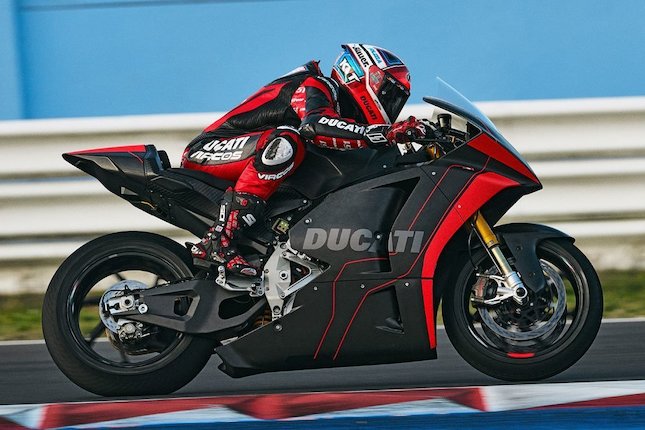 Ducati officially showcased the first prototype of their electric motorcycle that will be revealed in the MotoE championship from 2023....