by Shaun Williams
in Brand, Cadillac
0 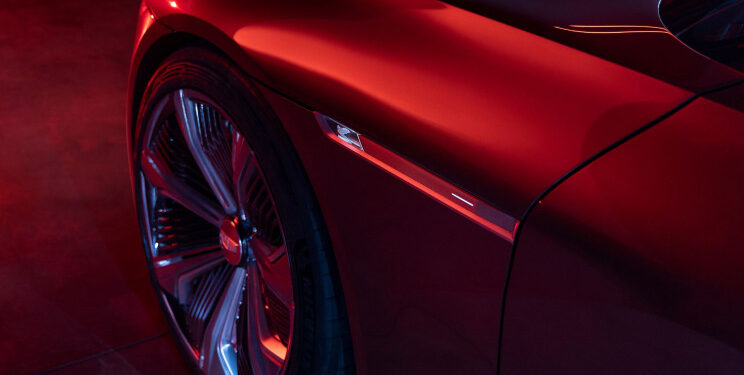 Talking about sedans is currently starting to sink. However, various automotive manufacturers continue to excite this segment by launching new vehicles, one of which Cadillac will present the Celestiq, a flagship electric sedan that is positioned to compete with the Mercedes ESQ and BMW i7 in the European market.

As stated on the Carscoops page, at a glance the appearance of this sedan has been published, you can see some of the details made by hand, including the front panel of the vehicle that looks sharp with light wrapping.

“From its unique proportions and easy and sophisticated new form language, to its precision and attention to detail, the Celestiq is like nothing on the road today. From the start this car was made to be a world-class standard,” said Magalie Debellis, manager of Cadillac Branded Advanced Design, Sunday (12/06).

The latest available photos are a sign that this vehicle will be prepared for pre-production. In fact, it is alleged that this one electric sedan has high performance with a wide dashboard display. Additionally, GM says the Celestiq will be the first vehicle to offer suspended smart glass particles.

In addition, it will be divided into four quadrants to allow each passenger on board to choose their own color level. Suspended particle glass, in essence, sandwiches tiny particles between two panes of glass. Thus, the level of darkness or the appearance of the roof can be adjusted according to needs.

Not only has the glass smarter, Celestiq also has an interior that makes everyone more comfortable, such as a small screen that can control a person’s comfort level.

Cadillac adds that the Celestiq will feature a “curated selection of handcrafted materials”, meaning that customers can pre-order in the style they want.

According to reports, the electric car is built on GM’s Ultium platform and is capable of reaching at least 400 miles of range. It will also feature 350 kW fast charging, all-wheel drive and four-wheel steering.

However, until now the manufacturer has not explained in more detail about the sedan which is the flagship of the GM brand. In fact, talking about the price of GM has not been discussed, but it is suspected that this one vehicle will slide next year.