by David Smith
in BMW, Brand
Reading Time: 1 min read
A A
0 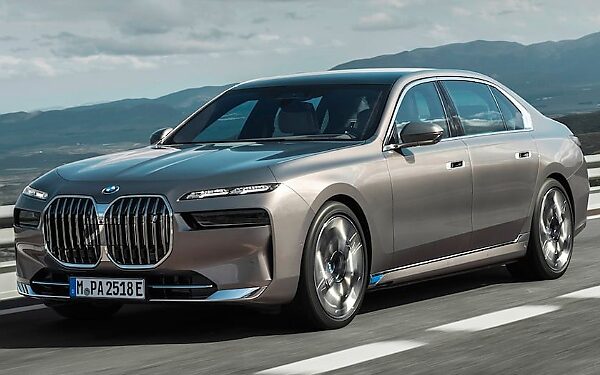 BMW will present a new variant of the premium electric car, namely the BMW i7 Protection. The car is ideal for world leaders who care about the environment.

This is because world leaders are always equipped with premium sedans such as the Mercedes-Benz S-Class and BMW 7 Series. However, these cars are not yet compatible with the rapidly growing trend of environmental care.

In addition, the available electric cars are also not suitable for world leaders in terms of comprehensive protection. For example from a rifle or grenade attack.

That’s what BMW then tried to take advantage of by presenting the BMW i7 Protection. The car which is an electric version of the new BMW 7 series is claimed to be able to withstand rifle attacks, grenades and missile attacks.

Yes, it’s similar to the official cars of state leaders. The difference is that the car is an electric car. According to the Carsales website, BMW will provide three protection options. The choice adjusts to the type of protection desired, such as protection from light rifles to heavy rifles.

BMW plans to launch the super safe electric car at the G7 event in Germany later this year. Interestingly, word got out that BMW actually did not want to rush to present an electric car with high protection.

It’s just that the war between Russia and Ukraine that happened recently made them to release the car as quickly as possible. Another interesting note, the BMW i7 Protection will be a very heavy car. Currently, the BMW i7 has become the heaviest car made by BMW. It weighs 2.64 tons. That figure will be even heavier because the existing protection system will weigh approximately 1 tonne.

VinFast announces to open over 50 stores spread throughout Europe