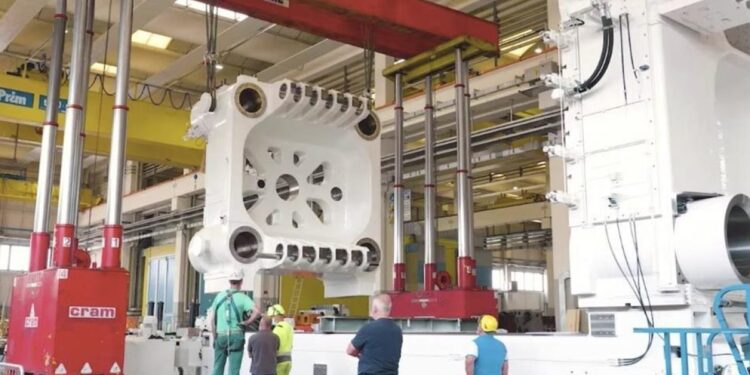 IDRA has just published a video featuring its 9,000 tonne “Giga Press” engine, which is rumored to be for the Tesla Cybertruck.

IDRA is the company that makes Tesla’s “Giga Press” casting machine. The machine is used for diecast large vehicle parts. The Model Y is a prominent example of the use of this machine.

Tesla is already using a smaller 6,000-ton diecasting engine. But CEO Elon Musk once spoke about the need for at least an 8,000 tonne “Giga Press” machine for the Cybertruck.

This is Elon Musk’s first official confirmation that the 9,000-ton Giga Press will be used for the Cybertruck. Although IDRA does not mention Tesla as its client, however, we know that Tesla is a customer of IDRA’s diecasting machines

Elon Musk has said in the past that the Cybertruck’s body would require an 8,000-ton Giga Press. Meanwhile, the Cybertruck will come to market next year, with potential production set to begin towards the end of 2022.