by Andy Williams
in News, Rolls-Royce
0 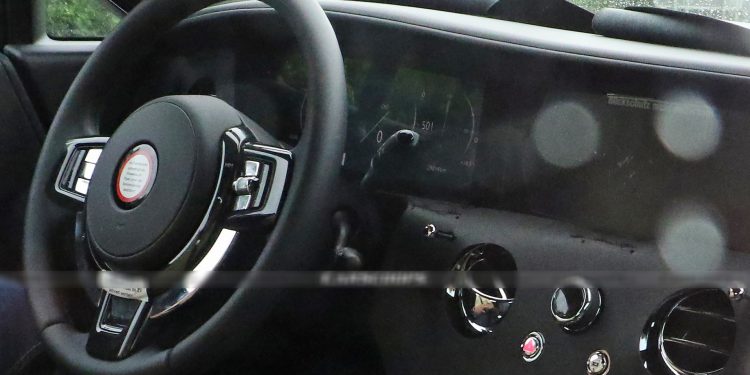 Rolls-Royce is expected to release their first electric vehicle, the Spectre, in the coming months, and long before its official launch, a spy shot captured the interior for the first time.

The cabin looks to have a fairly traditional design, which actually makes sense when considering Rolls-Royce customers.

Considering so much cover covers the car, there’s not much to see, but it can be seen that the steering wheel has a flat three-spoke design, circular air vents and physical climate control, all in a leather and metal accent finish. There seems to be a digital gauge cluster that shares its binnacle with the infotainment screen. 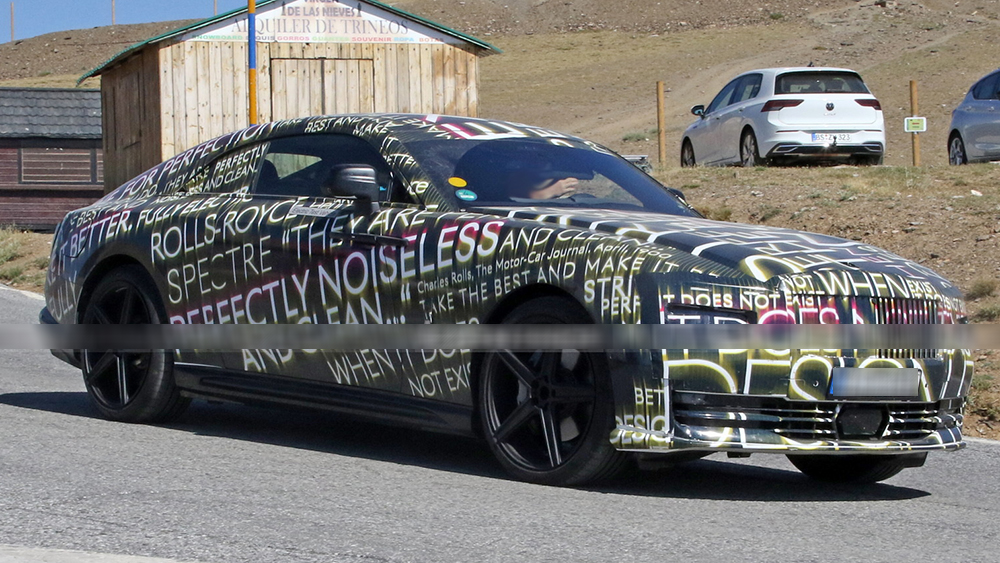 Despite being covered in camouflage, it can be seen that Rolls’ first EV will be a two-door coupe. The Spectre has an elegantly designed sloping roofline that extends all the way to the edge of the decklid, giving it a silhouette not too different from the now discontinued Wraith.

At the front, there is the signature Rolls-Royce grille grille flanked by separate headlights on either side, which follow vertical folds in the bodywork to a wide lower fascia similar to the new Rolls Royce Ghost.

At the rear, you can see Rolls-Royce’s signature square-shaped taillights. Beneath that is a diffuser area which has a relatively complex design, this was most likely installed to visually fill in for the lack of exhaust pipes and aid aerodynamics. 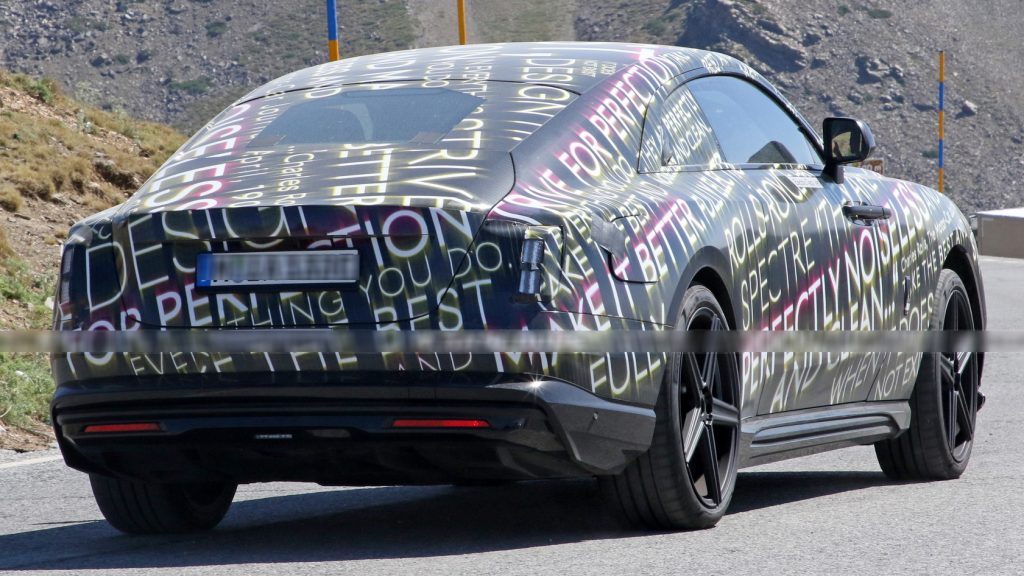 Spectre will use Rolls-Royce’s Architecture of Luxury platform, which also underpins Phantom, Ghost and Cullinan. The powertrain is expected to borrow aspects from the BMW i7, meaning it will likely feature a 120 kWh battery pack.

The battery can be combined with various electric motor configurations, with the most powerful potential generating up to 600 hp (608 PS / 447 kW).

After completing a 2.5 million km (1.5 million mi) test and development program, the Spectre is expected to debut sometime in 2023 as a model year 2024.