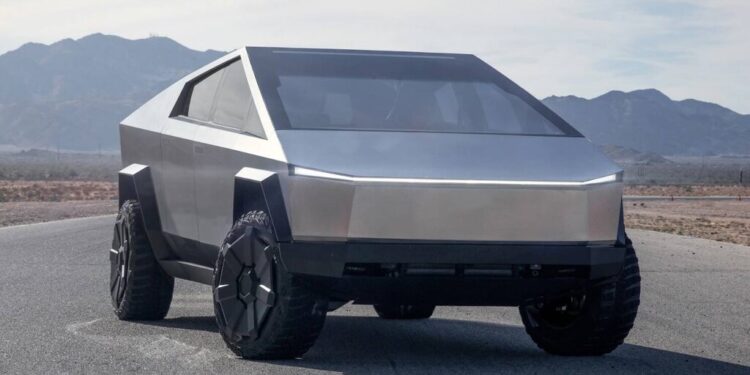 After several delays, the Tesla Cybertruck looks likely to enter production in the near future. The estimate comes after the electric pickup was spotted undergoing on-track trials at Tesla’s Fremont Factory.

Based on the circulating spyshots, the Cybertruck is seen using a rearview mirror like the previously revealed production specs. Then also on the windshield using a single model wiper.

Also, the wheels don’t have the aero covers that were revealed on the previous production model. Then the front of the truck is also made more rounded and squared to meet pedestrian safety requirements.

Elon Musk previously said that the Tesla Cybertruck design was final and would soon start production in 2023.

Cybertruck actually promises some interesting features as an electric truck. In the very large electric pickup truck segment, the Cybertruck will compete with other models such as the Ford F-150 Lightning, GMC Hummer EV, Rivian R1T, and Chevrolet Silverado.

The electric trucks offer similar performance, range and features to the Tesla Cybertruck. If this Tesla electric truck brings something new, then maybe the presence of the electric pickup will not be something special on the market.